Destined For Greatness – A New Single 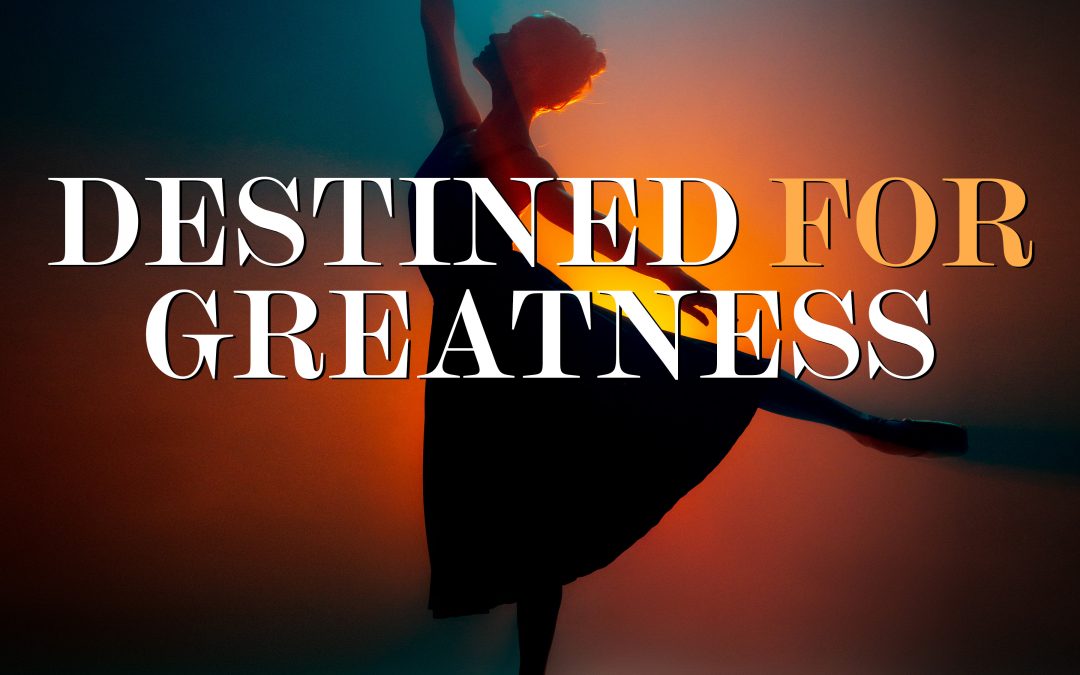 I’m excited to announce the release of a new single, “Destined For Greatness!” The song itself isn’t actually so new. It was originally created in 2019 for director Alexis Cuarezma’s short film of the same name. The film was about Christine Shevchenko, principal dancer for the American Ballet Theater in New York City. At the time I thought about releasing the track as one of the singles I was planning on releasing during the A Different Kind Of Dream era of my career, but then things got busy, plans changed, and it just simply didn’t happen.

Part of the reason it didn’t happen was because as much as I loved the version I made for his film, I didn’t feel it really fit with my discography as a David Rosen “song” and I thought it should be updated and revised a little bit. I definitely took a couple cracks at it at the time, but nothing ever quite worked… Either things got TOO big, or the revisions weren’t enough, or what I was adding just didn’t quite fit. But a couple weeks ago, Alexis tagged me in a post about the project and we started chatting. The idea of a single release came up in our conversation and I started thinking about it again. I really loved this song and it makes so much sense to release as a single.

The next morning I woke up and hunted through my hard drive for the original Studio One project file. Once I found it, I started messing around with a few simple changes. Then I started adding a couple of layers of strings and synths. Then a piano. Some more percussion… I played around with the mix and added some stereo separation to the various instruments. Next thing I knew, I had a beautifully redone version that was still very much in line with the original score, but felt more like a song that could stand on its own. It’s still the mostly orchestral, inspirational piece of music that I originally made for Alexis’ film, but it just felt more me.

Alexis already had artwork ready to go for me. The main artwork is above, but he also created this alternate artwork for the single. Within the film there are so many moments that could work as artwork for this project! It’s a very beautiful piece of work.

The music and artwork went together so well in the film, and they still do as a piece of stand alone music, available for you to stream on Spotify and all the digital music services, or buy from iTunes. This is definitely a track that seems custom made for a playlist designed to pump you up and get you believing in yourself and everything you are capable of.

I’m slowly but surely working on my next album (two albums actually, and maybe a third!) to follow up my latest album David Rosen, but in the meantime, I hope you enjoy “Destined For Greatness” which you can check out on all the major digital music services including: