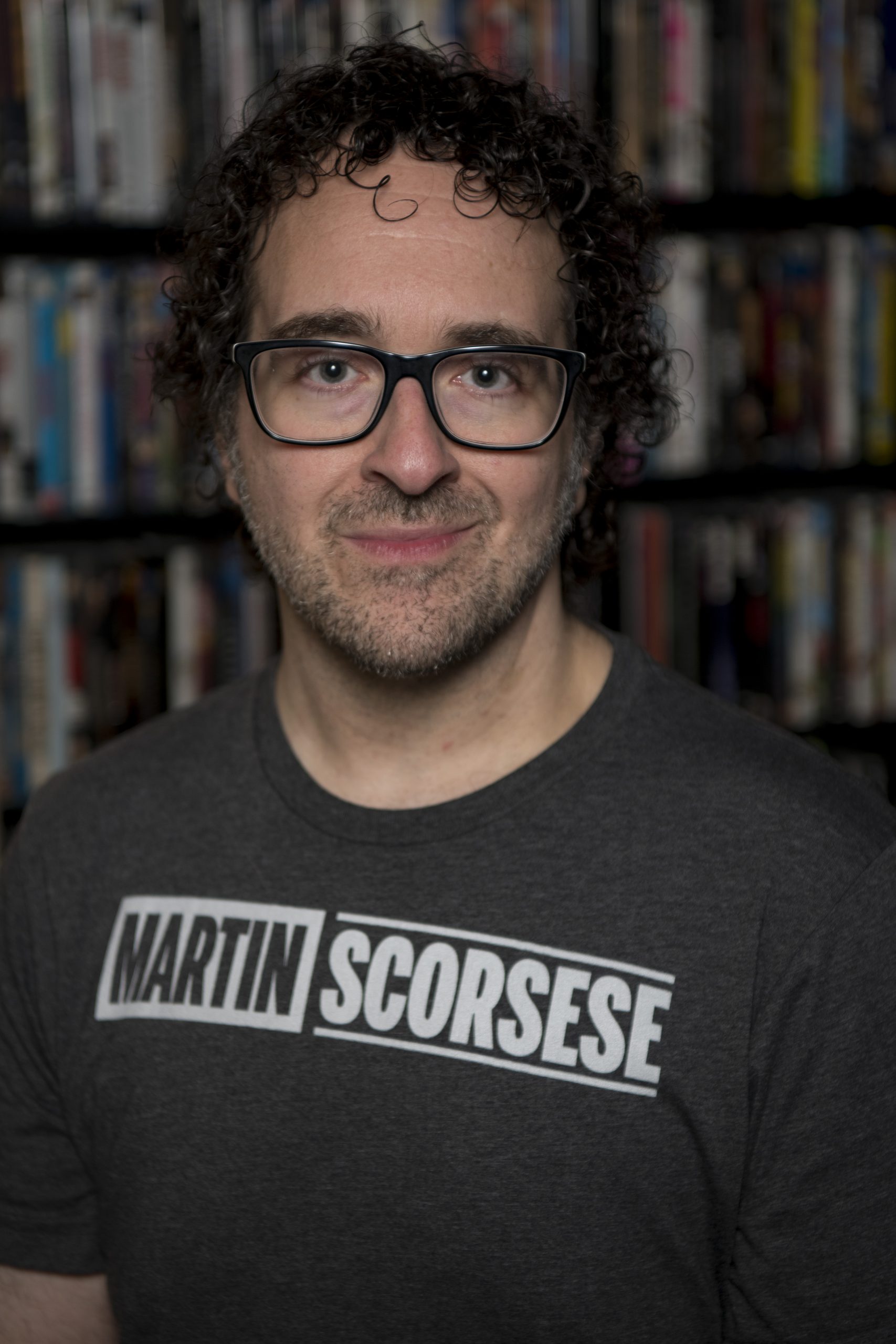 David Rosen is an award-winning music composer and producer with almost two decades of experience in the industry. His work has been heard in movies, TV, commercials and his albums and music videos. He also produces and hosts podcasts.

David Rosen’s love of music started long before he ever got a MIDI keyboard and some sequencing software (Cakewalk Pro Audio 4.0 by the way). The son of world renowned record store owner Rich Rosen of Wax Trax Records, David was born in Brooklyn, New York and grew up around music his whole life. His dad’s love of soul and doo-wop and his mom Sunny’s love of rock exposed him to all kinds of sounds from a young age.

David’s family moved to Pennsylvania where he’d grow up and go to school. He took various instrument classes here and there but never quite took to any, and certainly didn’t plan on becoming a musician. But as his tastes in music began to grow, first from classic rock to alternative rock, and then from alternative to industrial… He started getting curious about whether he could make music with a computer (he was already very into computers and what he could do with them), the way most of his favorite industrial artists did. What came out of those first years was nowhere close to the industrial music he wanted to emulate. But the tracks he was making were pretty close to another genre he was starting to get into… Rap music.

After David and his family moved to Las Vegas in 1998, and he started at UNLV, he began to embrace the fact that some of his more rap and hip-hop styled instrumentals were possibly worth sharing. He collaborated with rappers… First with a friend from back in high school, then with a Las Vegas based duo he met through mutual friends. Soon he was producing tracks for half a dozen rappers. As that continued to grow, however, his focus was about to split into two very, very different directions.

We’re not going to spend much time on the first direction in this bio… Lord knows David spent too much time on it in real life… But he started a long, somewhat ridiculous career in comedy-rap. While he’s not going to promote that part of his career much (if at all) on this website, you don’t have to look far to find any of it on the internet.

But while having fun doing that stuff with his friends, he also realized another sound was emerging as he continued to learn his craft. David was always a fan of film and video-game music, and he was starting to realize how much a lot of the music he was making reminded him of the kinds of scores that made up the background music of a lot of his favorites.

While he wasn’t exactly classically trained like most film music composers, he began really focusing on this direction, and within a few years he had scored his first short film, Paperboys (directed by David Michor). Within a few years he had worked on dozens of short films as well as games, commercials, promotional videos and all kinds of projects, working in a wide range of styles but specializing in music that was dark, mysterious or dramatic.

In 2013, in the middle of a variety of film projects, David realized that he was starting to amass a library of tracks that he truly felt stood on their own. They no longer felt like just rap beats that he could work with rappers on, or tracks that could simply live as background tracks for films. They were full instrumental songs, finally living up to the kind of things he was emulating but not able to achieve in the beginning years of making music. It was time to finally release an album of instrumental music under his own name and it took shape with September 2013’s debut album Echoes In The Dark. Reviews were overwhelmingly positive including the Las Vegas Review Journal’s Jason Bracelin who said “tracks unfold like the score of a long lost John Carpenter film.” The first music video from the album “Lights In The Sky” won an award at the first film festival it played in, and from there on, David was pretty much addicted to the idea of releasing albums and music videos, even at a time in the music business where artists don’t exactly thrive from albums anymore and MTV had long since stopped playing videos…

Not that he ignored his bread & butter: composing music. He continued to take on jobs, composing for many more films including features I Did, Heidi, Last Day of School, and Bus Party To Hell), getting tracks placed on TV (many shows on the History and ID Networks), and more. But his focus for the years that followed until now has been his albums and music videos. They’ve done quite well too, with fans all around the world. His music videos have ranged from the public domain footage styled videos like “Lights In The Sky,” to the stop-motion animated “Back Into The Dark,” the narrative film style videos like “Artificial” and “If Only Tonight I Could Sleep,” and the computer animation of “Butterfly.”

Along with all of those videos, he has been somewhat of a pioneer in virtual reality music with his “An Unseen Sky VR” music video. The collaboration with developer Elemental Spark was the first virtual reality music video of its kind. He then collaborated with another developer, NewLine Videography on two more VR videos, “Constellations 360” which was heavily promoted by Google and seen by hundreds of thousands of people, and “PalinDRONE 360” which was named one of the “Best Virtual Reality Music Videos of 2018” by Forbes.

While David continues to build his career in music with more film scores and more albums, his latest addition has been podcasting. After starting a politics & culture podcast called Bird Road with his best friend to help launch the friend’s podcast network All Points West, David caught the bug so to speak and decided to launch his own podcast, Piecing It Together. Hosting and producing that show about movies (and the movies that inspired them), led to producing another movie podcast called Awesome Movie Year, hosted by friends and frequent Piecing It Together guests film-critic Josh Bell and film-maker/comedian Jason Harris. Not long after that, David was hired by Stephanie Barajas, manager of the popular Las Vegas-based Mexican restaurant Lindo Michoacan to produce her podcast All Rice No Beans, a podcast about life in the restaurant industry. The show has grown so fast that the two have another podcast planned for launch in late 2020.

Now with the launch of this new website, David has plans for new albums, new music videos, retrospective looks back at his older material, and more film and podcast work on the horizon. He continues to learn and grow in his art and loves sharing what he does with the world.