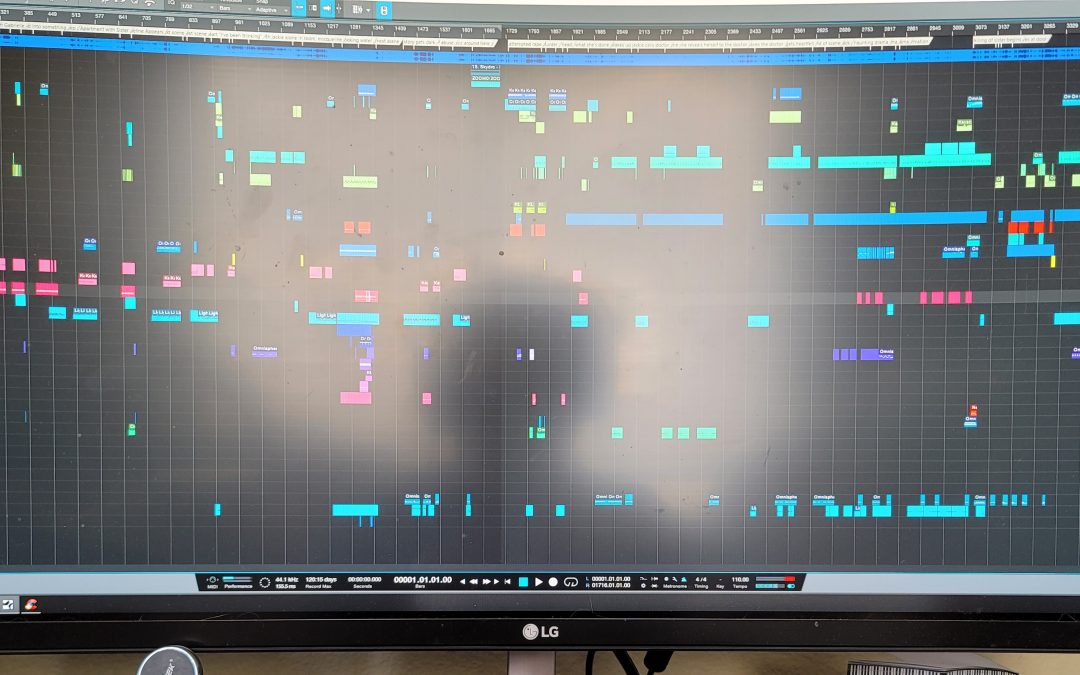 I’m writing this on the day that I finally sent the finished score to director Chris Johnson for his next feature length film Jacqueline. At 2 hours and 12 minutes, this drama/thriller with horror elements is a beast of a film, but I think like we have on numerous short films, and last year’s Beater, we did a great job of bringing this thing together. So what’s next for me?

Well first of all, before we get to what’s next… You might be wondering when you’ll get to see Jacqueline or at least hear the score! Well I haven’t 100% decided if it will be an exclusive to the Produced by David Rosen Patreon or a fully released album, but next week I plan on digging through all of the music I made for the film and separating it all out into tracks and creating a soundtrack version of the film’s score like I did with Beater (Original Motion Picture Soundtrack). One way or another, there’s some excellent music in this score, and I’d like for people to be able to listen to on its own, and I know Chris is cool with that too, so it’s not a matter of if, just when. As for the film itself, I know there’s still more post-production work to be done, and plus he’s still got Beater doing the festival circuit, so I imagine it’ll be a while before you get to see the film. But once it’s out there, you’ll be the first people to know about it.

So more news on the Jacqueline score coming soon, but aside from that, what else do I have going on? Well first up, I have those album commentaries that I’ve been putting off posting on the Patreon… Those are going up starting NEXT week. I’ve delayed that long enough. So if you’re interested in hearing more about the background of and making of my albums, make sure to sign up for the Patreon! I’m also going to be gathering tracks from another film I scored a few years back for a Patreon exclusive album later this year, so lots of great content coming soon over there.

I also now have over twenty solid tracks started for my next two albums. I’ve mentioned this before, but I’m working on two different new full length albums, each with a different theme. I’d say about 1/3rd of the new tracks are for one and the other 2/3rds are for the other at this point. But there’s some amazing new stuff there, and I am so excited about getting back to work on it all… As a matter of fact, I completely forgot that just before starting Jacqueline I took a crack at getting the one album’s title track out of my brain and into a recording and it was coming out great! I can’t wait to go listen to how it sounds and continue working on it!

Along with all this though, podcasting continues to keep me super busy, and I have a lot of work for Piecing It Together and Awesome Movie Year that I need to get back to, so continuing on all these new music projects will be a little slow, but they’re coming. I’m really excited about all this music and can’t wait to share some of it with you.

One last thing and then I’ll close this up (because I gotta go finish some notes for a podcast recording tonight)… But last week I was hunting for a certain slightly older track to submit to a possible TV licensing gig, and stumbled across a folder of music I seriously didn’t even remember making! Some of it is really good too… But not quite stuff I want to spend time on to finish into full length album tracks, so I think I’m gonna find another way to post those for you all to hear right here on this website… So stay tuned for that soon!