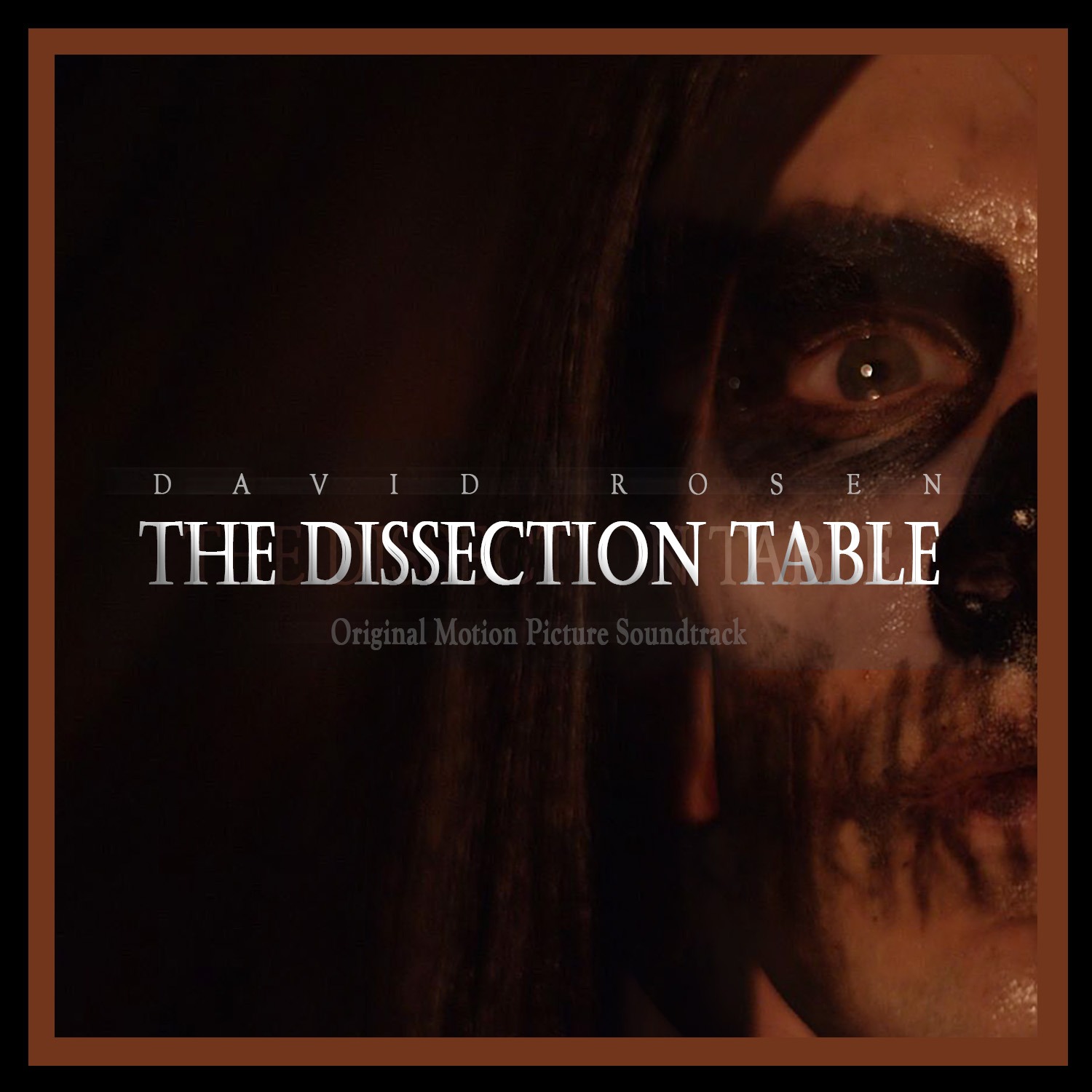 The Dissection Table is a film about a serial killer who kidnaps and tortures his victims while recording them as part of a video confessional. He believes that by exposing and judging their sins, he can reveal some secrets about himself. But as the killings continue, his mental state further deteriorates and his life and sanity crumbles around him.

Directed by Douglas Binford and written by and starring Max Gideon, The Dissection Table was filmed in 2014. David Rosen was brought on to score the film after working with Gideon on a number of short films during the preceding years (including Rosen’s “If Only Tonight I Could Sleep” music video), and then as does happen with a lot of independent films… Everything just kind of stopped.

David Rosen has scored dozens of films and other projects over the years. Features, shorts, video games, webseries. Some of them go to the festival circuit. Some of them come out on VOD. Some of them have big theatrical premieres. And some of them… Just disappear.

While discussing his composing career in interviews, The Dissection Table has come up many times as a sort of “project that got away.” It’s one of Rosen’s favorite scores he’s ever done. It’s a dark, unsettling electronic mash-up of classic and current horror influences mixed with exactly the kind of sound he creates on his albums of instrumental music. He’s always wanted people to be able to hear the work he did for this project. But the film itself was in a state of limbo, which happens to so many independent films. It’s certainly not for a lack of effort!

After the film’s original editor bailed on the project, Gideon took on the huge task of editing the film himself. After months of learning the necessary editing skills, he put together a rough cut (the version that Rosen scored), only to realize that pickup shots and some extra scenes were needed. ADR was needed. Foley. Visual effects. Color correction. All of course, with an exhausted budget and no resources left to find others to take care of these things that were needed to actually finish the film.

Not only that, but Gideon, who at this point was left to finish everything on his own, had moved to Los Angeles to continue his work as an actor and writer. He’d booked jobs on COLONY (USA Network), Walk the Prank (Disney XD) and Agents of S.H.I.E.L.D. (ABC / Marvel), as well as dozens of independent films and his YouTube channel Just4Funzies.

So as happens so many times in the world of independent film, The Dissection Table went on the back burner. Until now…

David Rosen had always considered cutting together the pieces of the score into a soundtrack album whenever the film finally was going to come out (as he did in 2020 with the Beater soundtrack album). But in early 2021, he was looking through his computer for various bonus tracks to post on the Produced by David Rosen Patreon when he came upon a revelation… He already DID cut the score of The Dissection Table into a soundtrack album, ready for release! It even had a notes file attached to it with a suggested release date of 6/24/2016 (which would have had it release somewhere between An Unseen Sky and Head Like Fire) and a note to finish an unfinished track to be used as a bonus track. It was like having an entire new album delivered to him on a silver platter by his past self (no doubt put together during some late, sleepless night that he forgot about).

Rosen reached out to Gideon about the current status of The Dissection Table film to figure out planning a release of the soundtrack, and while the film is still not complete, he finally has people interested in helping finish the project (a release is definitely not etched in stone, but we’re all hoping for a version to be showable in late 2022). The timing was perfect to release the soundtrack and motivate the process of getting this thing done.

The Dissection Table (Original Motion Picture Soundtrack) is a perfect example of the kind of film scores David Rosen loves creating. Big, haunting strings and pads. Dramatic keys and synths. Pounding electronic beats and rhythms that mirror the character’s disintegrating mental state. It also acts as a sort of time capsule release, bringing him back to where his sound and music abilities were in 2015, while in the midst of his most productive era in music… Back when he only had a couple of albums released and a handful of film scores completed, not yet leaning into more organic sounds as he’s done in recent work.

The Halloween 2021 season is the perfect time to release this collection of dark, creepy tracks, many of which will fit perfectly onto David Rosen’s “A Halloween Playlist” on Spotify featuring many of his other dark and spooky music. It comes on the heels of 2020’s self-titled David Rosen album, and while he’s working on its follow-up, which will encompass two more albums in the next year. In the time since releasing the David Rosen album, he’s also completed work on two more feature films, both of which will have soundtrack album releases in the near future. 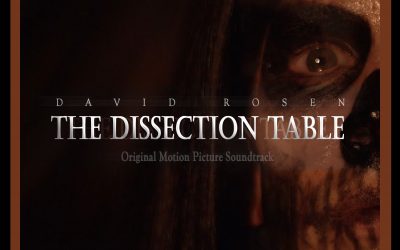 UPDATE: I have posted a special sneak peak at the whole album, The Dissection Table (Original Motion Picture Soundtrack) over on my podcast, Piecing It Together as a bonus episode. If you'd like to give the whole album a listen right now, for free, check it out at...