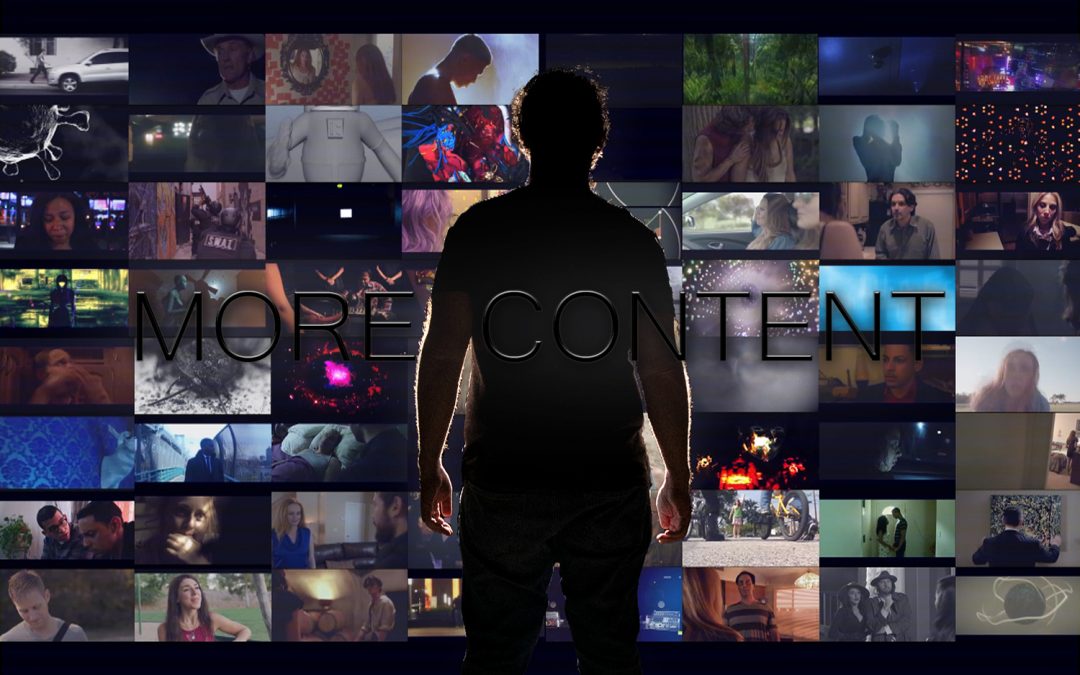 It feels like a long time coming , but that time is finally here… It’s time for more content… My new album MORE CONTENT is coming 12/30/22 and the pre-order begins on 12/2/22! Sixteen songs, comprising of some of my most layered and complex, as well as most upbeat music I’ve ever made.

MORE CONTENT was originally going to be called Volume 2, a sort of inside joke in that you wouldn’t know what exactly it’s a “volume 2” of… Although I knew it was a volume 2 of my self-titled album David Rosen from 2020. A lot of these songs started life during the lockdown portion of the pandemic just like that album did, although some of them started even earlier, and some of them as recently as a couple months ago. The title I landed on is of course a tongue in cheek description of what a new album basically is in the age of content. Sixteen more tracks to add to your playlists and fill your time.

The album cover (with a photo by Gina Mizzoni Photography) features an animated video wall made up of films I worked on music for. 8×8 screens make up 64 films… And believe me that doesn’t even include everything I’ve worked on over the years… I didn’t even fit all my music videos in! Over on the album page (and in the liner-notes of the limited edition CD) I have a list of all the films and their directors. Hopefully you’ll check some of them out and support all of these great people I’ve collaborated with over the years.

Along with the “Antiviral” music video that you’ve hopefully already seen, I’ve got music videos in the works for “Ascending,” “Warrior” and “Blacklight” and hopefully we’ll get some more going soon too! There’s also some promotional videos I’ve put together for the title track “MORE” which play with the animated album cover and you can see on all the various social media sites.

And with that… The pre-order begins on my Bandcamp profile on 12/2/2022 (which happens to be a Bandcamp Friday! Yes we live in the age of content and streaming media, and of course when the album comes out on 12/30/2022 you’ll be able to stream it everywhere, but the best way to listen is on the CD. If you enjoy what I do, make sure to grab a copy.

And that’s not all… Along with MORE CONTENT the album, there’s more content on the way too! Two more albums of material have been in the works at the same time as I’ve worked on this one, and one of them is almost done. It’ll be coming most likely in October 2023, but we’ll see how the promotional schedule for this one goes first and then figure that out… But rest assured a lot more content is on the way.