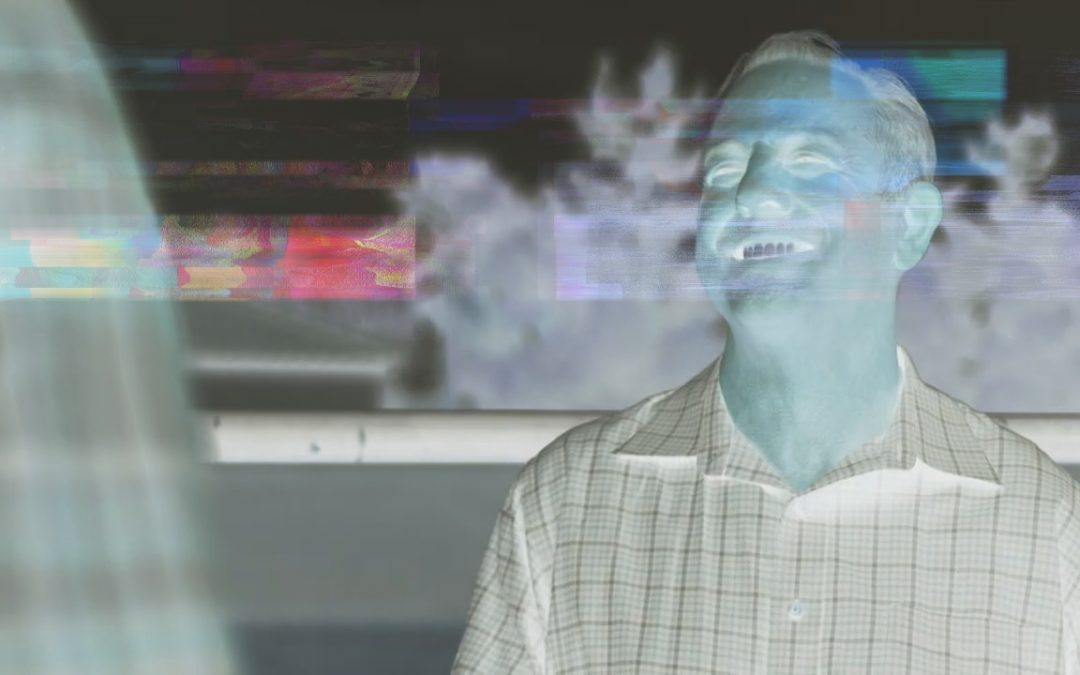 You know when I first made this “Enemy” music video yesterday I wasn’t even going to share it because it’s kind of ridiculous and simple, but the more I watch it, the more I love it.

Friend and musician Georgi Schultz (check out her latest here) had shared yesterday a campaign promotion video for Sheriff Joe Lombardo who is running here in Nevada to take away Governor Steve Sisolak’s position. The video was extremely weird and inexplicably featured 4 minutes of the Sheriff walking around and smiling in dramatic slow motion. Funny enough, I actually have had a very politically minded music video planned for the song “Enemy” off my 4th album A Different Kind Of Dream ever since the 2020 election, but I never managed to get the video made. After making a joke that I should set this weird campaign video to my music, everything just clicked and here we are.

Of course I had to take the footage and glitch it up and make it even creepier, and the finished music video is kind of awesome. Who knows with copyright claims if it’ll stay up indefinitely but hey… Hopefully! And if not, we can say that the man is trying to keep us down. Yeah… That works.

And by the way… Don’t forget to vote. A woman’s right to choose is under attack in this country with what happened with Roe V Wade earlier this year and if elected, Joe Lombardo has promised to strip abortion rights in Nevada. Fuck that guy. Register to vote at https://registertovote.nv.gov/