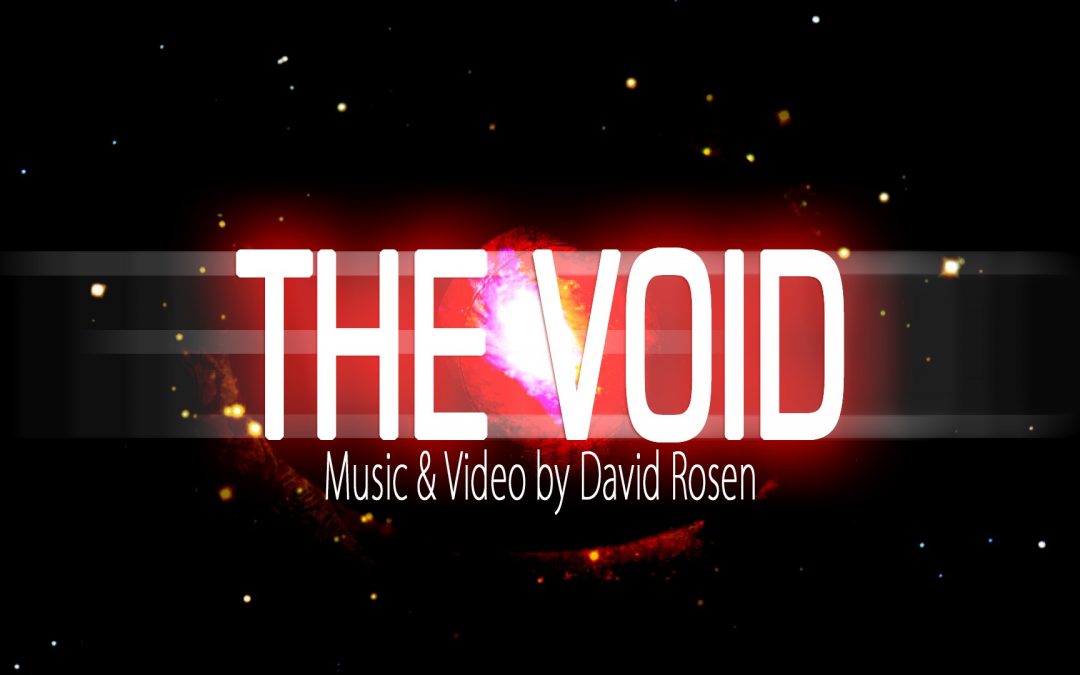 How fitting that I should finish my new music video “The Void” as I’m looking into a strangely changing career path.

Lets get the important thing out of the way first… I have a new music video out! “The Void” is from my 4th album A Different Kind Of Dream and a video I made myself (not unlike some of my previous videos like “Lights In The Sky” and “Dreams Like These”). What makes this one unique is I created it not out of public domain video footage (as I did those videos), but out of just 4 IMAGES from NASA’s public domain image collection. None of what you see in “The Void” is actual video footage. It is all actual images taken and made available by NASA of our universe. But then I took them and animated them, added all kinds of effects and blending and all kinds of other cool stuff to create something different and strange. It’s trippy. It’s so weird in fact that there are moments in the video that I don’t know how they happened. I just kept adding effects and transitions and layers (of the same images on top of themselves) until things happened and showed themselves to me. I think the resulting video is quite beautiful and strange and awesome. I hope you enjoy “The Void,” and if you like the track, make sure to check out A Different Kind Of Dream which is available on iTunes, Amazon, Bandcamp, CD Baby and Spotify.

One last thing I wanted to mention about this video… I actually was originally working on a public domain footage based video for the track “Waterfalls In Reverse” from A Different Kind Of Dream. I put that video on hold for a few weeks… That turned into a few months… And a year… And really who knows if it will ever get done. I hope it does. But instead of going back to it, I just randomly decided to jump into doing “The Void” instead (it probably had something to do with the first ever picture of a black hole that motivated me to get this one done). Funny how things like that happen.

Now onto the void that is my career right now haha… No I don’t have anything to announce as far as a new album yet. I’m honestly not sure if I’ve worked on it at all since the last blog post. It is in the works, slowly but surely. But it’s been sitting in its current state for quite a while. All the compilations I’ve teased are also sitting, not being worked on. But they’ll all happen in good time. I just composed some music for a film. You should hear that soon. That’s the only film work I’ve done recently though… But I have a couple projects lined up… But really my Piecing It Together Podcast has taken over my life for the most part. That and The Pup Pups album which IS coming along amazingly and is almost done. It will be the next thing I release. It is not anything like the rest of the music I put out, but it’s awesome haha. Once that’s out I’ll probably finally get back to really working on some of this new music.

So that’s it… Check out “The Void” and please comment on it and share it with your friends! I hope you enjoy it. Thanks for reading, listening, watching. More music IS coming… It just might be a while… If you don’t count the dog stuff I’m doing haha.