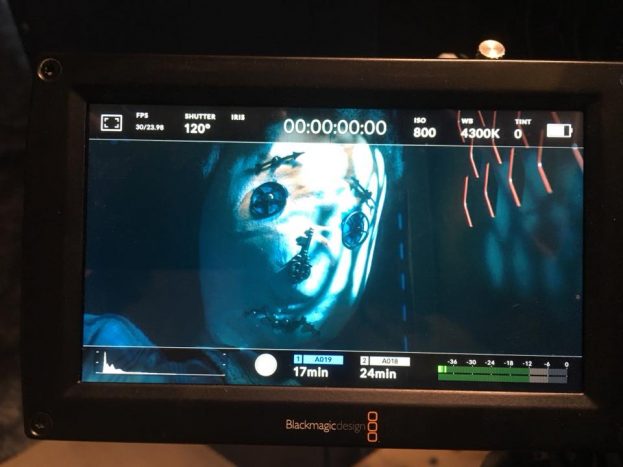 How is it possible that I never posted an actual blog post about my new music video “Artificial” being out? I tend to make myself way too busy nowadays and things like that just tend to happen but now it’s time to let you know that you can watch “Artificial” on my YouTube channel now! Or even right here…

This video was an idea I had while making the song back when I was first making my 3rd album Head Like Fire and was amazingly brought to life by director/cinematographer Ben Yonker and his team.  The story is of a woman who creates the perfect artificial companion but proceeds to make a decision that breaks his heart. The video is truly one of the best things I’ve had the honor of being a part of in my career and I am so proud of it. And considering the luck its had on the festival circuit, I can also call it a huge success. The last two weekend I was able to add TWO more Best Music Video Awards to its tally from the Laughlin International Film Festival and the Jerome Indie Film & Music Festival.

The version of the song in the video is an extended remix which is now also available as a single on iTunes and on streaming sites like Spotify. “Artificial” was always a favorite of mine and I think this extended version is better in every way.

So what’s next now that the two big music videos I was waiting on releasing (“Artificial” and “PalinDRONE 360”) are out? Well I’m not 100% sure, but I can tell you that next week will bring the SURPRISE RELEASE (not for those of you who have read this far, but for the rest of everyone haha) of another new single, “Stalker.” Just in time for Halloween, this horror themed track is a perfect addition to my library and great for your scary Halloween parties haha.

And then… Back to making more music! I have some more unreleased stuff to finish up too, but I haven’t decided yet what I’m going to release next, but rest assured more will be coming. And make sure to follow me on Instagram for my Instajams which are like little mini 1 minute songs. Search for #instajamlv for Instajams from me and some other Las Vegas based artists.