This Thing Rules: The Coil

Before I get started on this edition of This Thing Rules I just wanted to say sorry for taking so long to get back to this series! I had a constant string of composing work, promoting my “If Only Tonight I Could Sleep” Video and Fundraiser, and just lots of other stuff that kept me incredibly busy. I’ve got a backlog of about 6 This Thing Rules posts to finish up, but I wanted to get started getting back into it with something brand-new… The amazing new Omnisphere expansion pack The Coil by Plughugger. Let’s give the song “Fallen Angels” a listen.

The first thing you’ll notice in the track are those sinister, dark drone sounds at the beginning. That’s a preset in The Coil called “The Day After” and it’s just so… EVIL sounding haha. I love it (update: I realized just as I was getting ready to post this that it’s also used in the opening of their promo video)! The Coil is an expansion based all around one sample of electricity.  That’s right… the  people at Plughugger took one basic sample of raw electricity from a Tesla Coil and using the power of Omnisphere, transformed it into 150 new presets including atmospheres, arpeggios, pads, leads and basses. These things aren’t just overly similar sounds either… Everything is completely different and completely playable and usable.  Plughugger claims that the sounds are “set in a zone between the normal and the weird” and that’s a perfect description.

Aside from the drums, every single other track within “Fallen Angels” comes from The Coil. The bass line is a combination of a bass preset called “Distorted Menace” and a very dirty arp called “Quantum Heap.” The main echoing synth line is created with a sound called “Ambiano” which is a lot of fun to play with. I didn’t want to get too crazy on this simple demo track, but I can already tell you that I’ve used “Ambiano” for a solo-like piece on one of the songs on my next album. There’s about 4 or 5 more tracks mixed in there with more sounds from the collection as well and I could have easily continued to layer without running out of ideas. 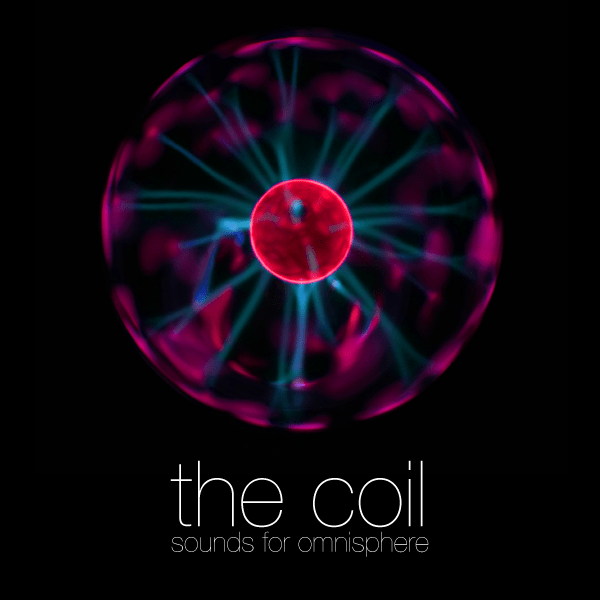 Is there anything missing from this collection? Not really. It’s pretty much perfect, especially for the price of $18.87 (or $12.54 if you get in before October 12th!). Please note that those US prices are roughly converted from the Euro price listing on their website. I’d love to hear these guys make a companion drum kit using electricity based sounds… Although Omnisphere wouldn’t really be the right place for it… Maybe make it for Native Instrument’s Battery or something.

If you already have Omnisphere, there’s really no reason not to pick up The Coil. The included sounds are highly usable in any kind of composition, and the price is absolutely killer.