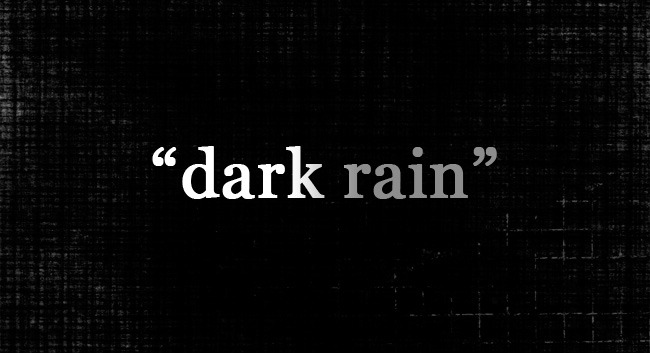 After a crazy couple of weeks the end of the year is here and man have I squeezed in a lot. First of all, my 3 interactive music videos are now live! The third one for “Dark Rain” was just posted and is ready to play. It should probably come with a “don’t operate heavy machinery within 30 minutes of watching this video” warning but it’s great and I hope you enjoy it. You can check out all 3 on the VIDEOS section of this site.

I’ve also scored a few shorts that I’ll hopefully be able to share with you all soon. I feel like I’ve done some of the best work of my career in this last month, and I’m really excited for the future. Speaking of which I’ve already got some great stuff lined up for 2014. A web-series, another short, a feature. Just gonna keep it all moving steady.

But what about my albums and those kinds of things? Well that’s not stopping either. The people over at House of DON are hard at work finishing up the “If Only Tonight I Could Sleep” video and then I’m planning on submitting it to a lot of film festivals. I’ve also got the Remixes & B-Sides download which is getting closer and closer to becoming a reality. I’m thinking February probably on that. I can also let you know that I’m going to TRY to release a second album in 2014. Towards the end. And who knows, it could slip into the following year depending on how busy I get with composing work, but know that I’ve already got plans for it and it’s going to happen.

I also have 3 more software reviews, with new pieces of music to go with them, on deck. I’ve got these deadlines on the composing work that I gotta deal with first, but I’m hoping to get back on track and post at least 2 a month all throughout the new year.

In the meantime, I’ve gotta finish up a few more things to close out 2014 and hopefully I’ll be able to share some of it with you all really soon. Enjoy the interactive videos, keep listening, and have a great New Year.