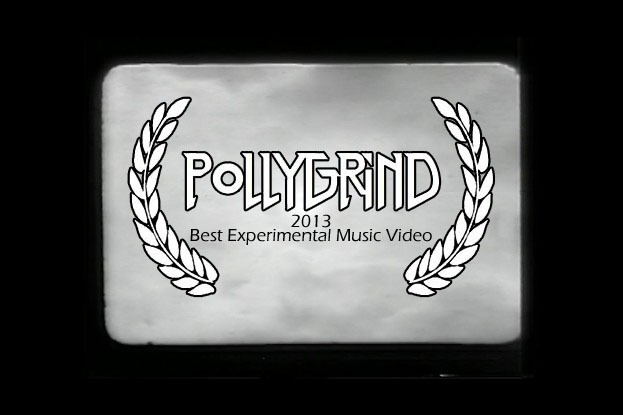 Well how about that! My video for “Lights In The Sky” won Best Experimental Music Video at the 2013 Pollygrind Film Festival! That’s two wins so far for a video made up of old public domain footage… Pretty damn cool! Thank you to Pollygrind’s founder and organizer Chad Clinton Freeman for not only screening and picking the video, but for being the one who pointed me in the direction of public domain footage in the first place. I had seen a really cool public domain footage-based film called President Wolfman (Directed by Mike Davis) at the 2012 Pollygrind Fest, and I didn’t get a chance to talk to Mike about it, but asked Chad if he knew where to get that kind of footage so I could make my own video and he told me some sites to check out. Pretty cool, right? If you haven’t already, you can check out the video on Youtube here:

Not only that, but House of DON Production’s A Moral Discord and Finding The Truth won Best Experimental Short and Best (Real) Trailer, respectively. I scored both of those and am really proud to be working with these guys. Congratulations to Doug Farra and the whole team! Can’t wait to get to work on the full Finding The Truth film, and can’t wait to see how our “If Only Tonight I Could Sleep” video turns out!

What else it new? Oh yea! I’m featured in the debut issue of a new Nevada based magazine called Desert Magazine. You can read a Q&A with me as well as a review of my album, Echoes In The Dark, at Desert Magazine’s website in the 1st issue. I’m really excited to be featured in the magazine and you guys should really go check them out!

That about does it for this blog update. I’m working on music for no less than 3 short films, a couple of little viral videos, a video-game (which is gonna be amazing and I can’t wait to share more details with you guys about that!), and maybe, just maybe, starting to plan another album. First I gotta get a couple more videos out from Echoes In The Dark before I can move on to the next one though haha.