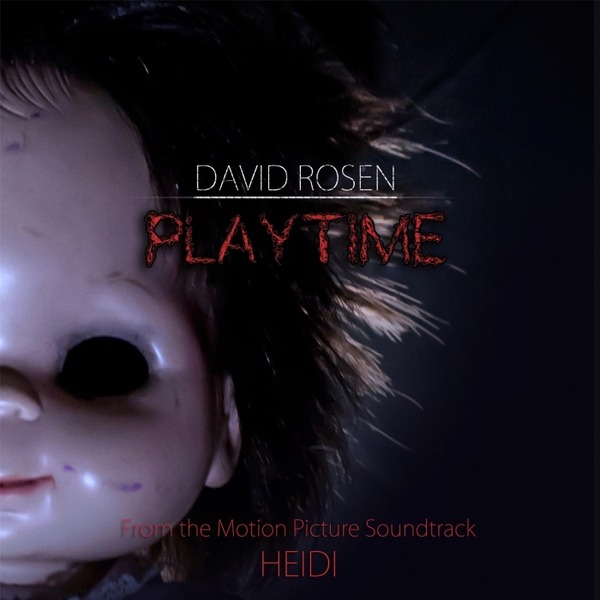 Award-winning composer David Rosen has made a name for himself creating dark, haunting scores for films as well as his dark-wave, ambient and electronica instrumental albums. Filmmaker Daniel Ray won several awards for the film “Heidi” at the Pollygrind Film Festival in Las Vegas. While found-footage is not normally a genre of film known for music, Ray wanted a little bit of music to spice up some key scenes, as well as a main theme, so when him and Rosen met at the Pollygrind Film Festival, as they say, the rest is history. The track “Playtime” acts as a main theme for the film and is creepy and spooky, evoking the childlike nature of the film’s killer doll… but also fun, upbeat and exciting. It also features all of the instruments that make up the sparse, yet effective score that was made for the film itself. A music video for the track was even debuted ahead of the film’s official release with Wild Eye Releasing. After scaring audiences on the festival circuit since its premiere, “Heidi” will be available for all who dare to see in 2017.